Technology, designed to optimize your data

Let us structure the knowledge of your data

Our portfolio of innovative technologies

Take advantage of our expertise. We can tailor our “Semantic Toolbox” to meet your individual requirements.

Our innovative tools support the entire process of semantic data analysis and utilization. Multimedial content is automatically analyzed, enriched with semantic annotations and used in semantic search and recommendation systems. With a process chain tailor-made to your needs, your data is optimally developed and enhanced and can be published according to the linked data principles. 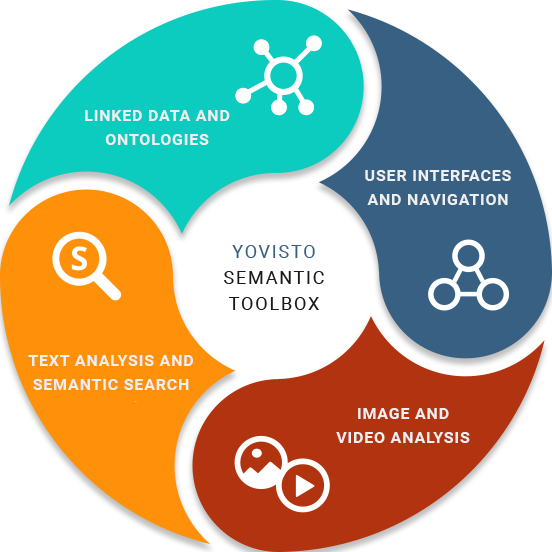 From semantic WordPress plugins to fully developed video platforms – the possibilities are unlimited.

refer is an online-recommendation system based on Linked Open Data and Semantic Web Technologies. It aims to improve the user’s and author’s experience while curating and navigating in WordPress blogs. It deploys our semantic text annotation system including automated general entity linking as well as intelligent recommendations and relation visualizations.

Linked Stage Graph is a Knowledge Graph developed during the Coding da Vinci Süd 2019 hackathon. The graph is being created using a dataset by the National Archive of Baden-Wuerttemberg. It contains black and white photographs and metadata about the Stuttgart State Theatre from the 1890s to the 1940s.
The nearly 7.000 photographs give vivid insights into on-stage events like theater plays, operas and ballet performances as well as off-stage moments and theater buildings. However, the images and the data set as they are currently organized are hard to use and explore for anyone who is unfamiliar with an achive’s logic to structure information.
This project proposes means to explore and understand the data by humans and machines using linked data and interesting visualizations. 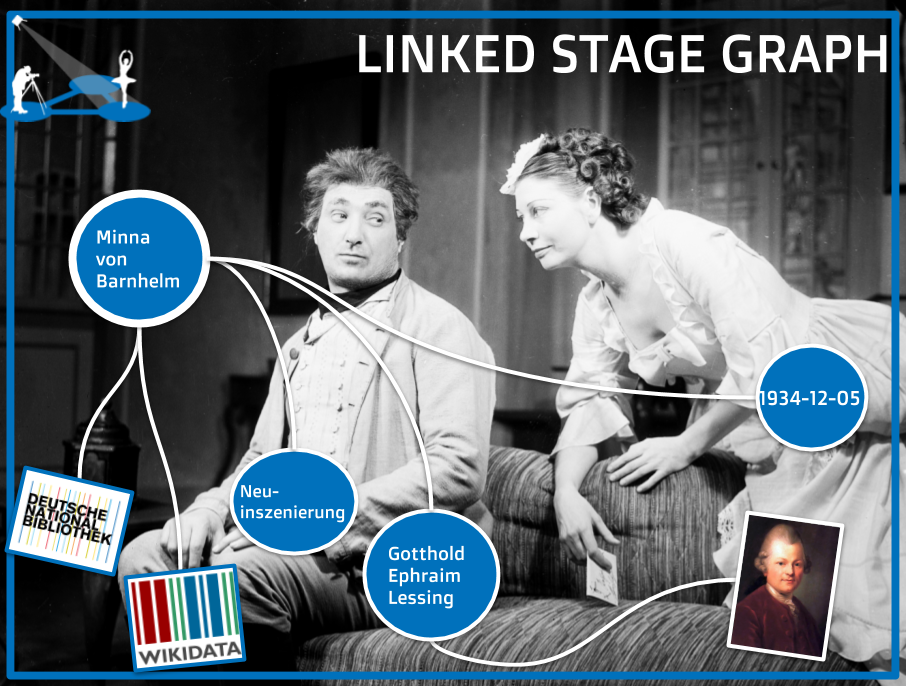 dwerft is a national funded research initiative aiming to cope with data integration problems in the film and TV production chain. Metadata plays an essential role in film and TV production as well as in the entire media value chain ranging from the idea of a script, followed by production planning, production and post-production, up to distribution and archival. Unfortunately, lots of information gets lost in the fragmented processes, especially when multiple companies are involved. Often, metadata needs to be reconstructed manually at the end, which is an expensive and sometimes error prone task. One of the many applications addressed in the course of the dwerft project are intelligent recommender services for movie recommendations as well as for advertisements and product recommendations based on Linked Production Data.

The TIB|AV-Portal is a web-based platform for quality-tested scientific videos. A key feature of the portal is the use of different automated video analyses. The added value: these video analyses enable pinpoint searches within the video content.
The Competence Centre for Non-Textual Materials at the German National Library of Science and Technology (TIB) started developing the portal in cooperation with the Hasso Plattner Institute (HPI) for Software Systems Engineering, in July 2011. The TIB|AV-Portal went online in spring 2014. Since then, yovisto is hosting and further developing the TIB|AV-Portal. 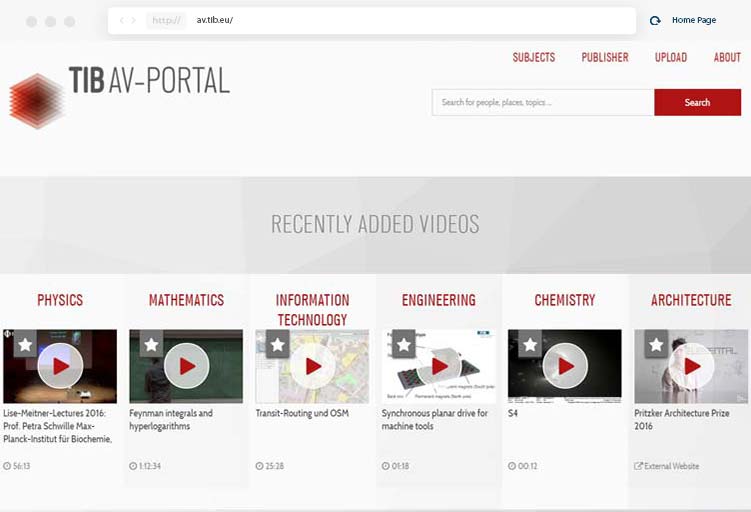 Our solutions for detecting visual concepts in videos and images allow you to search for assets in your media archive based on depicted scenes or objects. We adapt our algorithms to your data offering you the best retrieval experience possible! Our technologies are based on latest research findings in the field of machine vision and deep learning.

We answer your questions

and help you to realize your ideas and projects.